My first go at a Grbl compatible interface for the OpenGlow is up on Github. 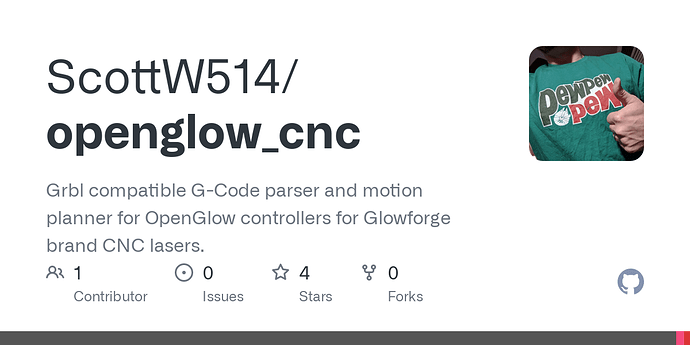 Differs greatly from Grbl proper, as that is targeted to a micro-controller, and I have a quad-core processor with a real time operating system at my disposal (did I mention I patched in the kernel RT extensions and added the Xenomai library to the OpenGlow?

Has a long way to go, but… Right now, it is capable of running single lines of G-Code via the console or a TCP socket. I’ll post some video when I get a minute.

I deviated from the Grbl interface a bit, but it shouldn’t be too hard to get any of the Grbl front ends to work with it - when I get to that point.

As I am using the Glowforge SDMA engine for step output (and the same sysfs API they use), it should be easy enough to adapt to work with factory control boards, if anyone is so inclined.

I’ve been working on some other projects, and haven’t really had any time to dedicate to this. But, I plan to get back at it in the next couple weeks. I was working on finalizing the homing sequence (with proper limit switches), and will be getting back to work on that.