I just received some parts from a later production Glowforge, and I’ve noticed a couple differences from my early production unit.

First, as promised, GF has removed the serial and programming ports from the control board:

Here is my board, with the parts: 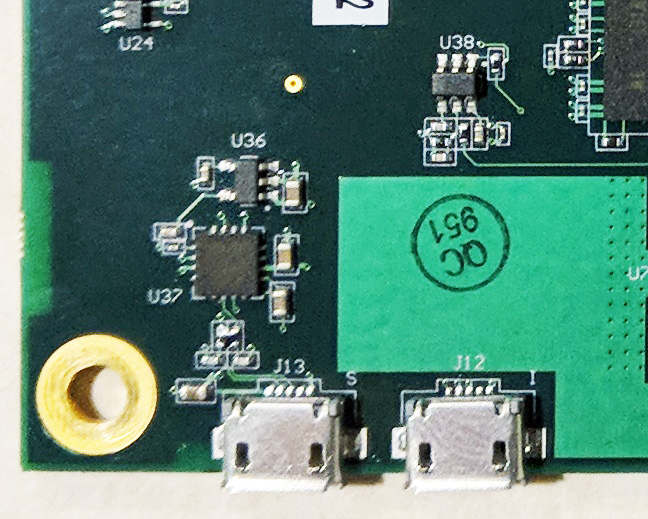 Here is the newer one, without them: 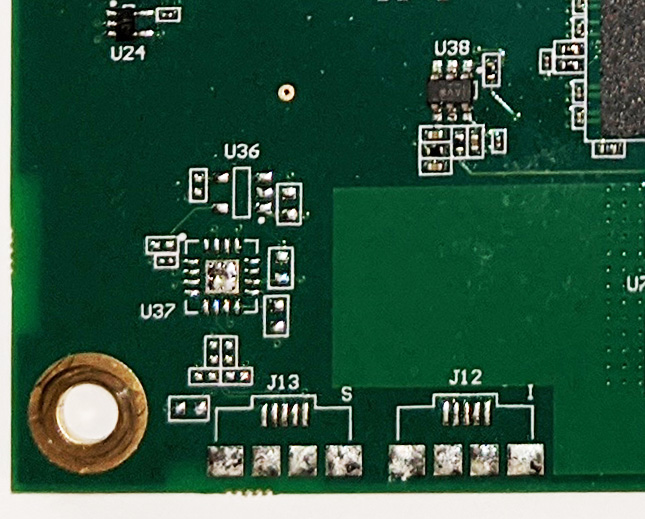 They are both marked as the same revision (ver 20), and so far that seems to be the only difference.

Next up, the power supply in mine was Revision 01: 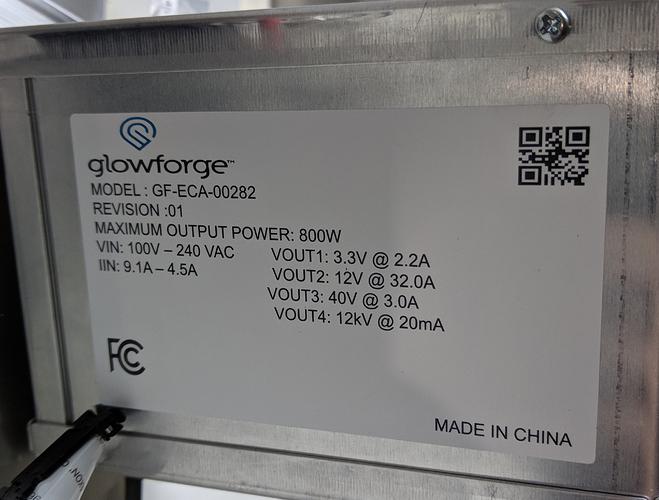 The newer version is Revision A, and also has a higher voltage range specification for the high voltage (and an additional certification): 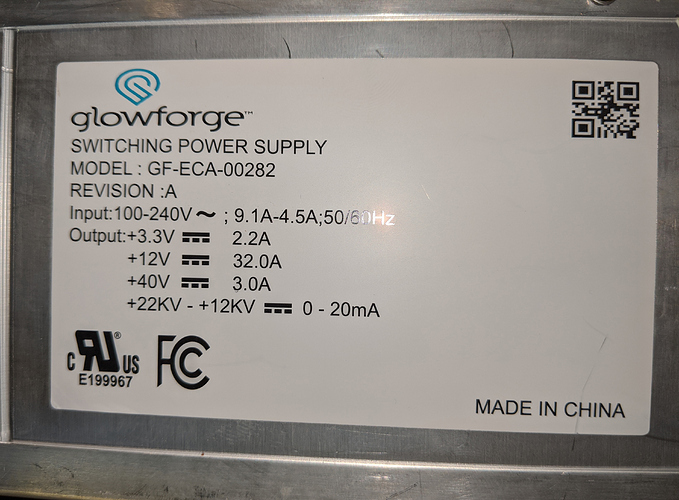 Finally, the head PCB has bumped up from version 17 to 18:

I haven’t examined the head pcb enough to see what changed. I suspect that the changes to the power supply and the head were both to get the device to pass regulatory muster.

I’m working up the parts for the missing ports on the control pcb, and I’ll post those along with instructions for those wishing to add them to their own unit.