Info on power board?

Just trying to troubleshoot why one of the caps is blown, and somehow affecting the I2C bus (a number of the I2C sensors are not responding, so GF gives an orange button error, also verified via logs).

I’ll have to dig up my notes.

Which cap is blown?

Quick update: the GF is back working now. Though would still be interested in details on the board.

At first it looked like a cap on the +12V input (much thanks to your schematics of the controller board for pinouts!). But I am thinking it is probably a ferrite bead or something similar… 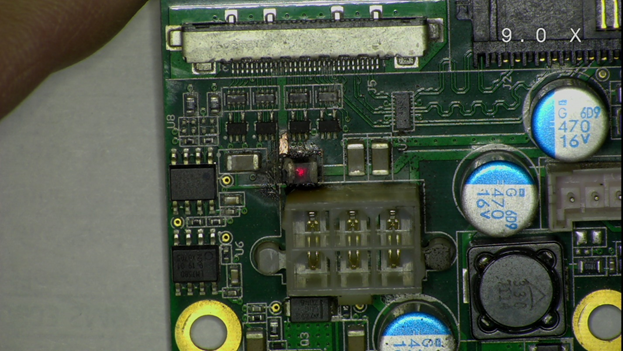 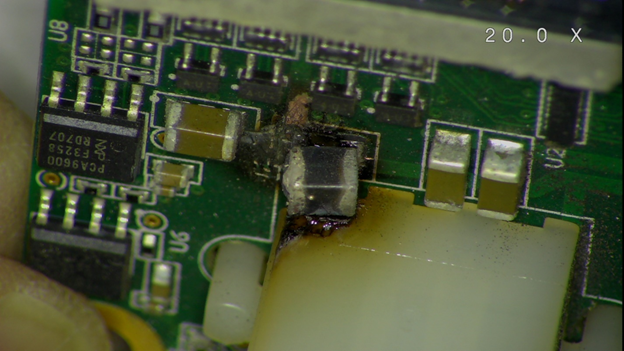 but there was still a power to gnd short…
further digging turned out that it was one of 2 caps on the input side of the regulator to the exhaust fan was shorted. which is odd for a cap to fail short, not open. 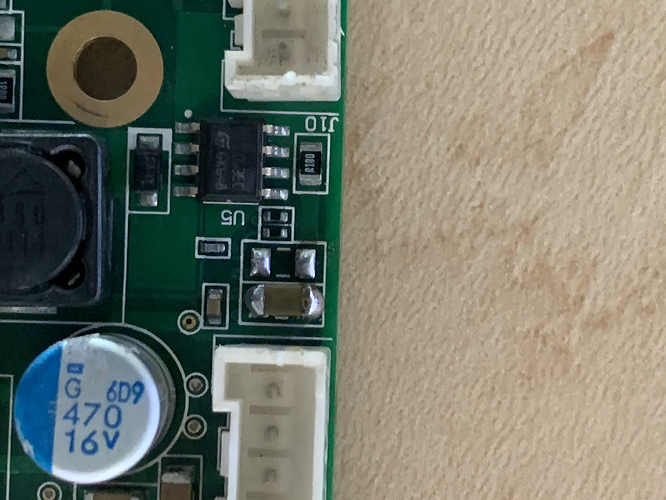 whatever the failure it caused a large current draw from the controller board and melted the traces off of the ribbon cable. 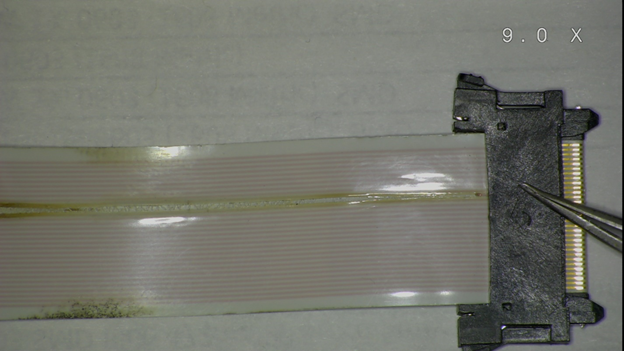 monitoring this power line appears to pull around 1A max during operation… so we ran a separate wire in its place…
so, working for now!

Multi-layer ceramic caps are famous for failing short circuit. If they are stressed mechanically they can crack. Over time moisture from the atmosphere gets into the crack and starts electrolysis that then makes a conductive track with a low enough resistance to make them get hot enough to burn.

That is most likely the case. The position of this board is right next to the exhaust fan so all smoke from any job will go directly over this board. Who knows what build up there could of been to cause a lower impedance at some point in the circuit. There is no conformal coating to protect the circuit from any environmental influence, something I will probably add to prevent another failure.

Dmartin, I had the same thing happen to my GF, what did you do to fix it? I have talked to GF about it and since I am out of warranty they said I can only mail them the GF, I can tell you that is not going to happen, 400 to mail it then another 400-1000 to fix it they said.

I did send it back, and they said it was not repairable, no cost given, just cannot be repaired. However they basically gave me a discount on a refurbished one… which cost a lot more than $1,000 but better than a pile of scrap.

Well I wonder what they would say about mine, i don’t have bad cables or anything just a bad board

Ours ended up being more than the board, when it fried it took out the ribbon cable that delivers power from the right side of the unit, and something on that power supply board was not working either. they claimed a few more things wrong but those were working before the smoke event.
Cant hurt to ask for a discount if you go that way (still have to send it in).