Glowforge released firmware version 1.5.0-31 for their Pro, Plus and Basic model CNC lasers.

Full listing of the changed files can be found here.

A quick analysis reveals that the majority of the changes are to accommodate the much anticipated enterprise WiFi capability.

In addition, they added a factory reset capability to the device’s web setup API. I haven’t tested it (my unit is no where near factory condition), so take this with a grain of salt…

It appears that it can be triggered by putting the device in setup mode (hold the button down until it turns green, then connect to the devices network), and then sending a post to http://192.168.192.1:3000/device/factory_reset with the form field ‘magic’ set to ‘factory_reset’.
(If you don’t know how to do this, look into the quite capable Postman.)

The setup API has a few more capabilities* (in addition to the previously discussed log file access feature) that I’ll try to document in a future post. If want to dive in on your own, the API source is located on your device in /glowforge/python/glowforge/devicesetup/webapp.py.

*Of particular interest is the apparent ability to update the firmware with a user provided file. Though, the firmware package will still need to be signed by the overlords in order for it to work.

Awesome! Thanks for the update!

Yes like proper release notes, but instead of them being published by GF Scott has to reverse engineer them. 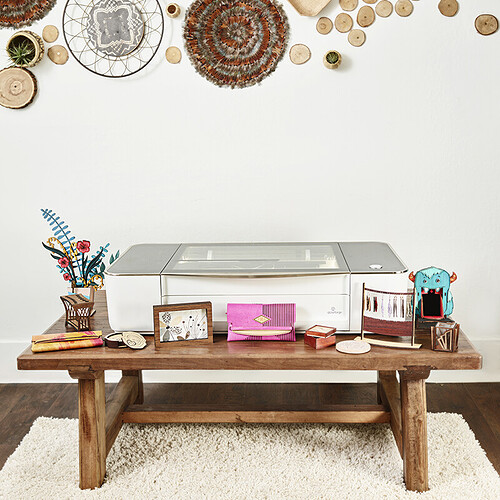 Read all about the latest improvements that have come to Glowforge!

Whatever they did to improve the Pro’s cooling did not seem to need a firmware upgrade, which leaves me wondering how. Even so, the Peltier cooler only has on/off control, which would leave only fan control. The exhaust fan already runs at full speed, so…

On a side note, it does appear that they have heard the gripes about lack of progress on the software, and they are now trickling out little tweaks here and there. That’s a long way from completing the features they promised, but it will keep the loyal base happy.

Perhaps the only difference between the Pro and Basic is a software switch that allows more tube power for the Pro.

More discussion on that can be found here:

Is it possible that the tubes are actually the same but they’re running one at the higher wattage due to the better cooling? I haven’t seen anyone post a photo of aPro tube side by side with a Basic tube. I know a lot of industries do this - make a whole lot of something and then market the higher quality ones as rated to a higher level.